Before He Was Colonel 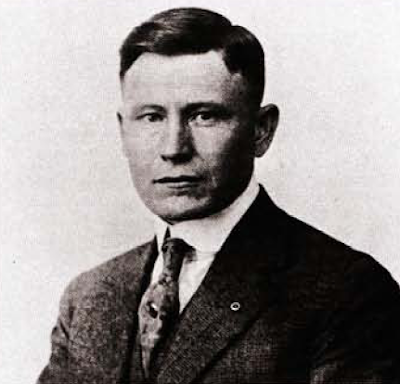 We recently observed the date of Harland Sanders' passing; the Colonel left us on December 16, 1980 at the age of 90.

As the march of time travels along its inevitable track, I wonder - as I perenially do - how many kids today even realize that "the Colonel" wasn't just a cartoon or a stylized logo graphic but a real person, who forged one of America's greatest success stories out of sheer self-determinism.

But I also wonder how many older people know about the Colonel's adventures before he became the King Of All Chicken. Even if he had never founded Kentucky Fried Chicken at the age of 40, Sanders lived more in the first half of his life than many men in the entirety of their span. One of my back-burner projects is to write a play about the prehistory of Colonel Sanders, detailing his early exploits.

He literally started with nothing, having run away from home at a young age. And he got from Point A to Point B with an alacrity that is astounding. It is a perfect embodiment of the famous maxim "every passing minute is another chance to turn it all around".

Sanders fibbed about his age so he could join the Army at the age of 16, and served his country. He was a sailor. He was a steamboat operator. He traveled to Cuba. He worked on the railroad. He was a volunteer firefighter. He was a streetcar conductor. He was an Insurance Agent. He ran a very successful farm. He still found time to raise a family (two daughters - Margaret and Mildred - and a son who died at an early age). He owned a gas station, a restaurant and a hotel. What have you done lately? 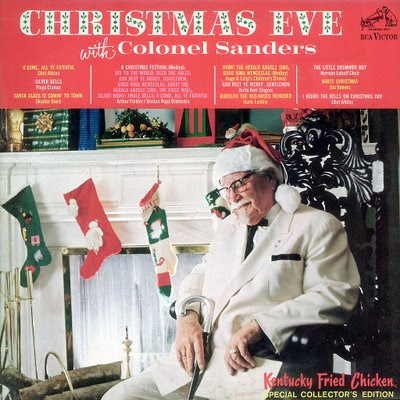 He was also an accomplished musician, playing bluegrass and gospel on mandolin, and eventually forming his own all-mandolin band. He also released several other albums, including a surreal faux-Latin LP entitled Tijuana Picnic.

One bio of Sanders even states that for a time, he was a "self-taught lawyer". Those were the good old days. 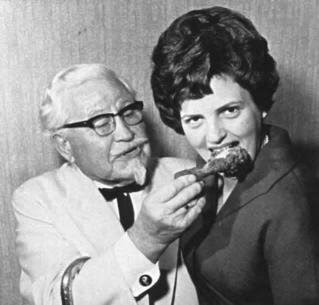 Some negative nellies say that he was not a "real" Colonel, but that's just not so. He was and is a member in good standing of that noble organization called The Honorable Order of Kentucky Colonels, and that's quite real enough for me.

So let's bow our heads belatedly and give a nod of respect not just for that white haired, white suited caricature, but for the accomplished man that Sanders was prior to that. It's inspiring what people could accomplish back in the day, before everyone drank artificial sweeteners and became addicted to Mafia Wars and Petville.
Posted by JSH at 6:50 AM

I always loved the colonel :D


hell of a man