One from my blog Revelation Awaits An Appointed Time: 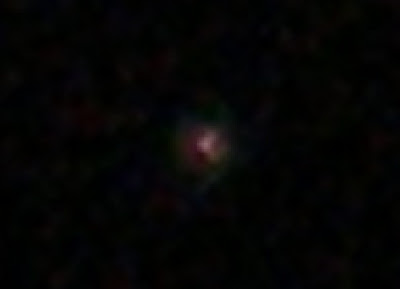 The planet Jupiter has recently been closer to the Earth than at any time since 1951 or 1963, depending on conflicting media sources.

How close is it?

It's so close that last night, standing in E.P. Sawyer Park in Anchorage, KY, I actually managed to see (I think) one of its 63 known moons through high-powered binoculars.

It's so close that I even managed to take photos with my ordinary and mundane digital camera (an Olympus SP-350, 8.0 megapixel) that, while, not likely to appear in Sky & Telescope anytime soon, are good enough to show Jupiter's characteristic pinkness. 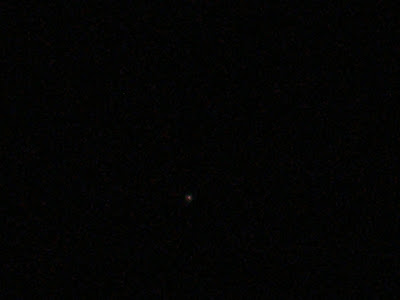 cool...it's not unusual to see 1 or more of the 4 biggest moons of jupiter with binoculars but can be difficult if you are in the city or near a lot of lights