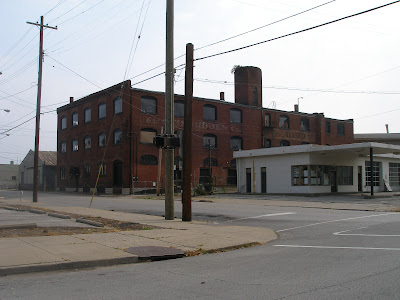 I was curious about the old Otis Hidden Company building in Portland, KY (West of Louisville), and did some Googling. 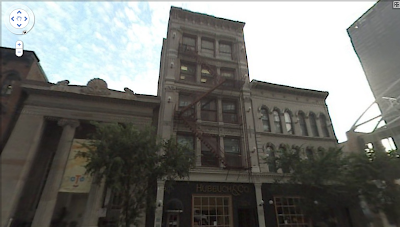 Turns out Mr. Hidden was in the business of Cabinet Hardware & Floor Coverings, both imported and manufactured, and they once had deluxe retail/office headquarters at 326 W. Main in Louisville, which is now the Hubbuch & Co. building next to Actors Theatre. The factory in Portland must have been for manufacturing and storage. 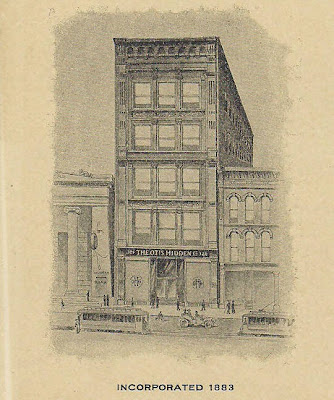 Mr. Hidden's name also turns up in some sort of legal squabble between a "Kentucky Furniture manufacturing Company" and the Masonic Savings Bank circa 1896, and a genealogy site mentions an Otis Hidden from California who married one Serena Fuqua. Could there have been more than one Otis Hidden? Evidently so, because here's another one who married a Judith Ladd and lived in Vermont.
Posted by JSH at 12:06 AM