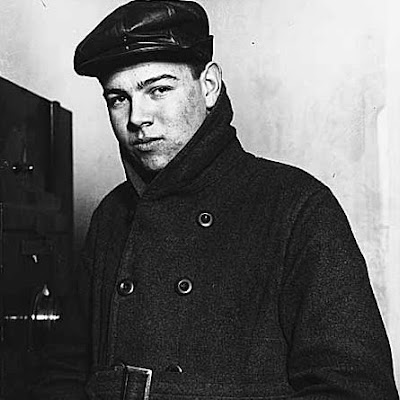 The Alfred M. Hubbard story - what little we know of it - is one of the strangest, most mysterious tales of cloak-and-dagger intrigue, skullduggery and adventure I've heard. And of course, he's a good Kentucky boy.

WOW! What a great movie this would make!

Yeah really... I've been chewin' on the idea of writing a play about the guy. But in the short space of a play or a movie, it's hard to do justice to someone who's lived ten lives rolled into one. Maybe he needs a whole HBO miniseries...

I would be willing to see a documentary on KET or something. This guy just needs some attention.

wonder if he is somehow related to the Hubbards in Paducah?

be interesting to find out...

In the 50's Hubbard was scientific director of the Uranium Corporation of Vancouver, which was rumored to have provided the Manhattan project with it's Uranium.
As for his involvement with LSD, Hubbard--together with Canadian psychiatrist Abram Hoffer and Dr. Humphry Osmond--pioneered a psychedelic regimen with a recovery rate of between 60% and 70%--far above that of AA or Schick Hospital's so-called "aversion therapy."