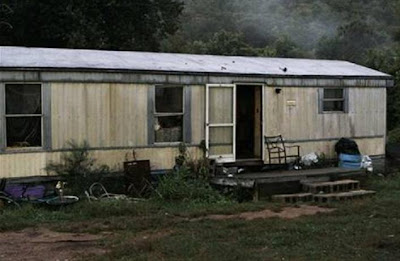 According to MSNBC, a Breathitt County man facing eviction proceedings snapped last night, killing his wife, his stepdaughter, and three others who lived nearby in the same trailer park.

Neighbors say Stanley Neace stormed around the trailer park in his pajamas, firing dozens of shots from a 12-gauge shotgun, and then he went back into his own trailer and committed suicide.

Reportedly, what set Neace off was an argument with his wife over how she prepared his morning eggs not to his liking.
Posted by JSH at 2:31 PM

Surprisingly this isn't the first case of domestic violence over eggs. See Jesco White aka "The Dancin' Outlaw":