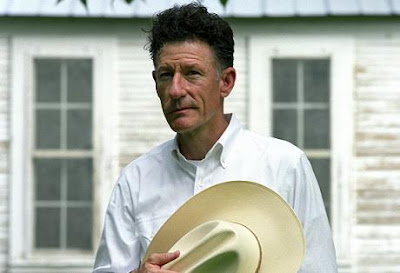 Among the many celebrities lurking around the historic World Equestrian Games taking place in Lexington is Lyle Lovett, who has a nice feature article about him in yesterday's Courier-Journal:

Lovett, 52, raises about a half dozen “babies,” as he calls the foals, a year. They keep some, sell some and “give some away,” he said, laughing. But his love of horses is no joke.

In addition to being on the bill at the closing ceremonies, Lovett co-owns a horse, Smart and Shiney, who competed in the reining team event.