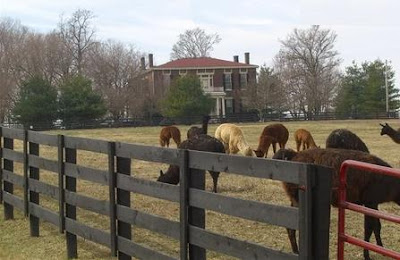 Maple Hill Manor wears many hats - it's a historic home, a Bed & Breakfast, a craft store, an orchard, a nature preserve, and an alpaca/llama farm. But it's also a haunted house. William Lynwood Montell, in his book Haunted Houses and Family Ghosts of Kentucky, includes a chapter devoted to Maple Hill's ghosts.

The house was built in 1851 by slaves, who took three years to painstakingly cut all wood by hand and make the bricks on-site from scratch. The original owners were Thomas McElroy and his wife young enough to be his daughter, Sarah Maxwell. Of their seven children, four of them died in the house at a very young age. Thomas and Sarah both eventually passed away in the home as well.

All of these family members have been cited as possible sources for the spirits, but there's more: the Battle of Perryville was fought in 1862, and left wounded and dead laying all over the area for miles. Many of the troops were brought to nearby Springfield homes, including Maple Hill, to recover and regroup. Some died on the premises. 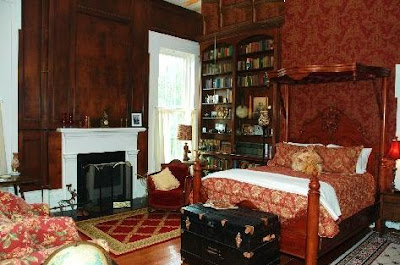 Aspects of the hauntings that have occurred here have taken on a number of forms: knocks on doors with nobody there, sounds of footsteps coming from empty rooms, associated cold spots, inexplicable perfume odors, odd lights showing up in photographs, and prophetic lucid dreams experienced by some guests who have slept here.

Maple Hill Manor is located at 2941 Perryville Road in Springfield. Even without the fascinating ghost rumors and history, it's a delightful place to stay - check it out!
Posted by JSH at 2:44 PM